Nearly there!! Just one month to go! 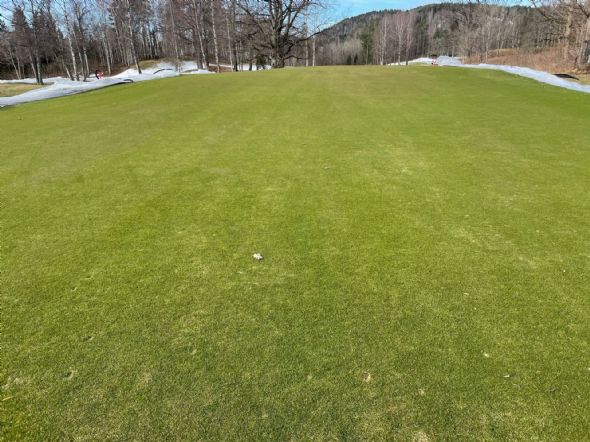 The last few weeks have really felt like Easter and that spring had finally arrived in 2022. We have had a extreme amount of snow melting since the first week in March, but this week hasn’t been as warm and it’s been as cold as -5 on some mornings. This has set the course back a little, but we’re still aiming for a early May opening as usual preliminary the weekend of 1st of may.  The drivingrange is starting to clear but we need a few extra days to get things in order.

Preliminary opening date for the range is the 19th of april.

We started clearing the snow from greens on 7th March, with snow levels ranging from 8cm on green 6 to 42cm on green 4. The greens with less snow obviously had more ice on them mainly due to them being more open to the sun. Ice levels ranged from 2cm all the way up to 13cm on green 3 and this winter was a great test for our winter sheets as the mild winter meant that ice was being formed on the green just before New Years Eve. I would say we have had another successful winter with the sheets, we do have some small damage on green 3 and 6 from water getting underneath the sheets and green 18 with it’s usually damage. It’s possibly only 20m2 of damage in total on the greens, with most of these areas not being visible when you open the course. 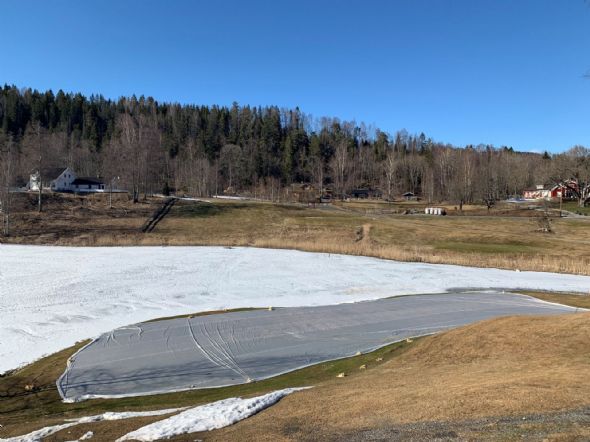 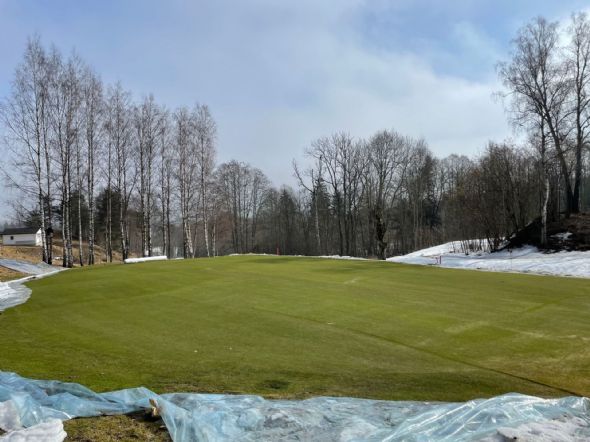 The tees and fairways have more or less all appeared from the snow and they look good with no damage from the ice (isbrann) or disease (sopp). For the last 2 seasons we have budgeted to feed and spray the tees/fairways in the autumn to give them the best chance of surviving the winter. We have had a great effect from this and it’s very visible where we have and have not done this. In the picture is the back of the driving range, this is where I spray out left over products from the spraying tank before it’s cleared out. It’s clear to see that the products are effective and should be used to protect the course get through the long winter months. 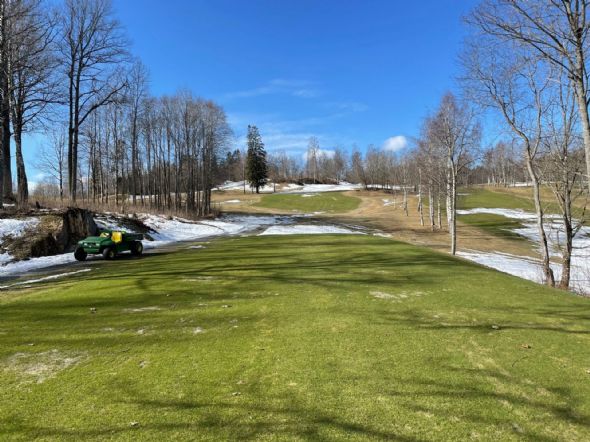 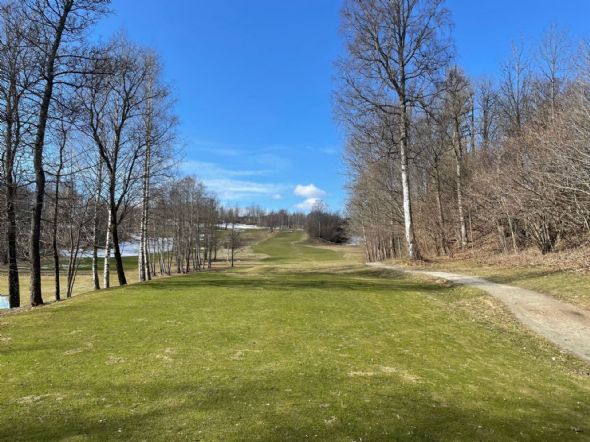 The 11 hole has a new ladies tee, with only the instillation of new irrigation needed before the lay the turf. The turf won’t be put down until the warmer weather returns though. A range mat will be in use till the grass is ready to be played on. 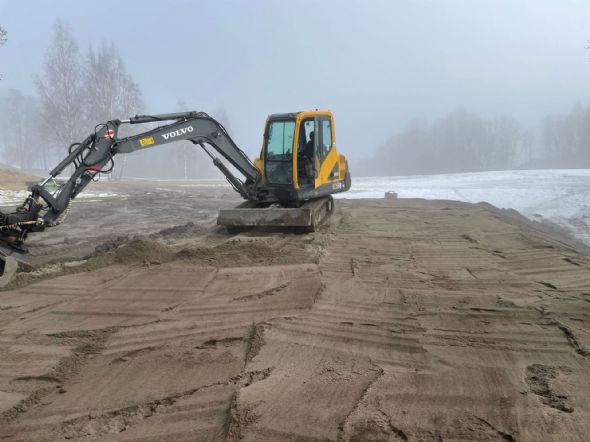 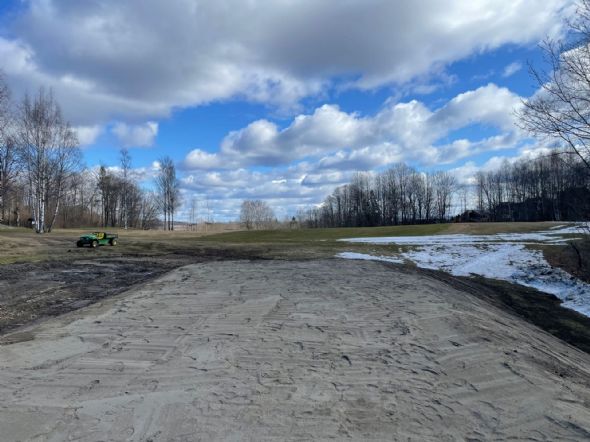 We had a little surprise from Asker Kommune last week as they have sank the water level on Brendsrudvannet to repair the dam wall which is in need of repair. We were informed that this would happen in the autumn and winter for 6 months, which isn’t a problem as we only use the water in spring and summer. But after a few emails and calls we found out that the 6 months working period on the dam wall would start in May till October, meaning we’d need to find a solution for the low water level. This week the boys from S48 came to help us with this issue and we now have a 50m intake pipe going from the pump house into the lake. This will be visible for the 2022 season but we will convert it back to the old method once the water level has risen again. 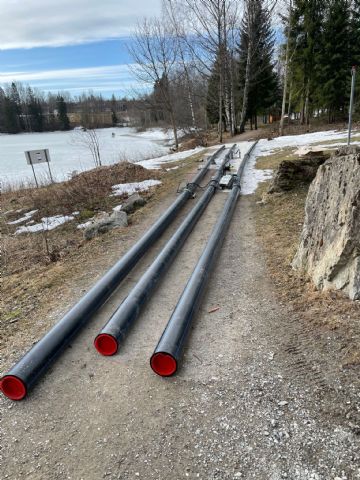 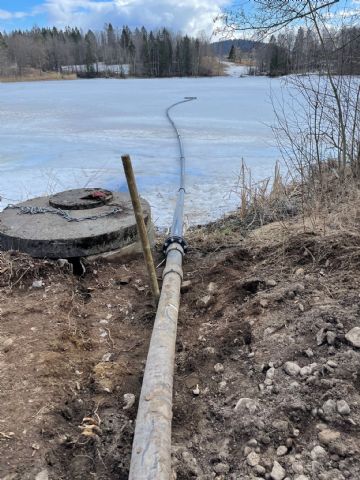 As I said earlier we are still working on getting the course up and running for the start of May. The driving range isn’t too far away from opening, maybe a week or two till the snow has melted and dried out enough to pick the balls.

Looking forward to the new golf season and I’m confident it’ll be another great year. James.